The Next Generation Family recorded all songs live in their own studio ‚Firefarm’ in Munich. Having Fyah T as an experienced producer and musician, Crosby was able to let his creativity flow freely and the results are 13 tracks of a musical journey, recorded and written in two week’s time. It’s a powerful reggae and dancehall album with a conscious message and a driving beat, lead by a voice full of soul.

There is no result. 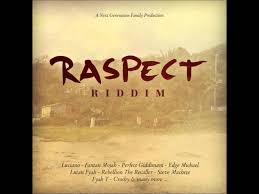